Joint Tenancy Is Not An Estate Plan


Joint tenancy with right of survivorship (JTWROS)—a common method for spouses to jointly own property, mutual funds, or stock—means that each listed person owns all of the property. When one person dies, the other becomes the owner of all the assets.

A big advantage of using this method is it doesn’t cost anything to add an owner. This is why it is sometimes called a low-cost estate plan. On the other hand, it can cause some big problems. Widows and widowers sometimes put their children's names as joint tenants on investments or add the child's name to the title for a house. While many do this with the noble goal of ultimately avoiding probate, it may end up being a huge mistake.

Problem 1: Gift and Estate Taxes
When you put someone who is not your spouse on your property or investment account, it is taxed as if it is an immediate gift of one-half the value of the property.

Problem 2: You Are Giving Away Part of Your Asset
When you add someone to the title of your asset, the other owner(s) can sell or mortgage that asset. Even worse, they could lose it to creditors or lose it via divorce.

Example: Linda owned a rental condominium in Arizona. She added her son as a joint tenant for estate planning purposes. Linda paid all expenses and received all the income. The IRS sued the son for unpaid income taxes and eventually the condo was sold to satisfy the son’s debt. In this case, the well-intentioned mother lost an income-producing asset because her son got in trouble with the IRS.

Example: A father passes away with a brokerage account worth $200,000 and a cost-basis of $100,000. If a child inherits the account in a will or trust, the cost-basis will be stepped-up to $200,000, allowing the child to sell the assets and pay no capital gains tax. If the account were held in joint tenancy, the father’s half of the account would receive a step up in basis so the new cost basis would be $150,000 and there would be capital gains due on $50,000 when the account was sold.

Problem 4: Probate is Not Avoided When the Last Owner Dies
When one person on the account passes away, it is simple to transfer ownership to the surviving owners. However, what happens when the last owner dies? The account must go through probate.

Example: A widowed mother and son own a property in joint tenancy. The mother dies and now the son is the sole owner. When the son dies, the property will still go through probate.

Problem 5: Probate is Not Avoided If Both Owners Die Simultaneously
Unfortunately, there are times when both owners of an account die at the same time. In this case there are no surviving owners. The account will now need to go through probate.

Solutions
One simple solution for small accounts is to attach a Transfer on Death (TOD) or Payable on Death (POD) declaration on the account. This gives the owner complete control over the asset while alive, yet bypasses probate on death.

A better solution may be a living trust. Assets are put into the trust and the trust will dictate how the assets will be distributed. A living trust can be very simple (All my assets go to my two kids, Jack and Jill) or complicated (My trust will pay out $5,000 a month to care for my disabled child).

A qualified estate planning attorney can help you through the process to determine the best option for you. Sometimes people are put off by the cost of a trust. I like to say, “If you like your kids go see an attorney.”

Securities and advisory services offered through Cetera Advisor Networks, LLC, member FINRA/SIPC, a broker/dealer and Registered Investment Adviser. Cetera is under separate ownership from any other named entity. This information is not intended to be a substitute for specific individualized tax, legal or investment planning advice.  ­We suggest that you discuss your specific tax issues with a qualified tax advisor. 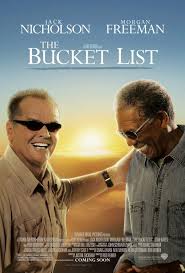 The movie, “The Bucket List” is a great movie starring Jack Nicholson and Morgan Freeman. It is about two terminally ill men who have a list of things they want to do before they “kick the bucket.” I think everybody needs a bucket list.

When is a good time to create your bucket list? Now! Especially if you are approaching retirement. Sit down and brainstorm ideas, no matter how silly they are. Skydiving? Drive a race car? Take grandkids to Disneyland? There are no right or wrong answers.

Sometimes a bucket list can lead to a big change in life. My wife is the queen of bucket lists. On her list was completing a marathon. This started something in her life and now she’s an Ironman triathlete. Recently, she climbed Mt. Kilimanjaro, something that definitely was NOT on my bucket list.

Once you have your bucket list, create a timeline that describes when you want to accomplish items on your list. Put your longer trips and more difficult adventures earlier. Your shorter, less taxing things should go later. For example, skydiving might be easier in your 60s than your 80s. Fourteen-hour plane flights are easier to do when younger. 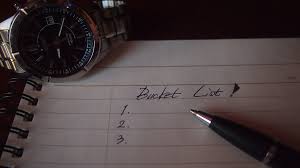 This list can help you create a budget. These are the fun things you want to do and some may cost more than others. For example, my wife’s Mt. Kilimanjaro trek was much more expensive than doing a marathon. Marathons aren’t very expensive, so she can do several a year. A trip like hiking in Africa is much more expensive. It may take several years to save up for this trip.

Having your bucket list and timeline can help ensure that you complete what is important to you. It also helps you budget for your lifestyle in retirement. When will you write down your bucket list? Start now! Don’t worry if it changes over time, that can be a good thing. Just ask my wife, the Ironman. 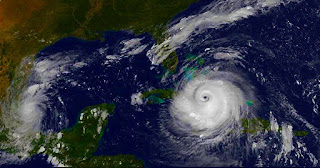 There’s a little bit of good news for survivors of hurricanes Harvey, Irma, and Maria. President Trump signed into law the Disaster Tax Relief and Airway Extension Act of 2017 on September 29. This provides relief provisions for the victims of these hurricanes, which are basically the same provided for victims of Hurricane Katrina in 2005.

Each individual can withdraw a maximum of $100,000 per plan. This means a married couple can withdraw up to $200,000 from plans. IRAs, 401(k)s, and other retirement plans are eligible.

Pre-tax funds withdrawn from qualified plans will be taxable, however they will not be subject to the 10% early distribution penalty. Also, there is no mandatory 20% withholding for qualified hurricane distributions.

If you have been affected by hurricanes Harvey, Irma, or Maria, the Disaster Tax Relief and Airway Extension Act of 2017 offers significant options for you to repair the damage to your home.
Posted by Michael Keeler, CFP® No comments: